Introduction to basics of communication

During communication between any two people each person is a source of information, encoding it in the form of words and gestures and transmits it. Now, as a receiver of information the person has to decode the word, gestures and assign meaning to it.

Input transducer: the message produced by information source is converted by a transducer into electric signal.

Transmitter: its function is to process the electrical signal to produce a signal suits to the characteristics of the transmission channel. For example in radio broadcasting the electrical

signal obtained from sound signal is processed to restrict its range of audio frequencies (20 Hz – 20 kHz).

Channel: it means the medium through which the information or message travels from transmitter to receiver. Channel can have different forms like:- wire lines, fibre optic cable , atmosphere, coaxial cable. Most channels often adds noise or weaken and distort signal.

Communication channels are divided in to two categories:

they all come under wireline communication media.

they are the various radio channels which are used in transmission.

Receiver : extracts the desired signal from the received signal at the channel output and to convert it to a form suitable for the output transducer. It also performs amplification, demodulation and filtering.

There are two primary communication resources:

During the process of transmission and reception, the signal get distorted due to:

The noise refers to an unwanted wave or energy usually of random character that tend to disturb the transmission and processing of message signals in a communication system. The source of noise may be internal or external to the system.

The effect of noise can be measured using signal-to-noise ratio (SNR. It is a measure of the sensitivity performance of receiver. It is defined as the ratio of average signal power to the average noise power. 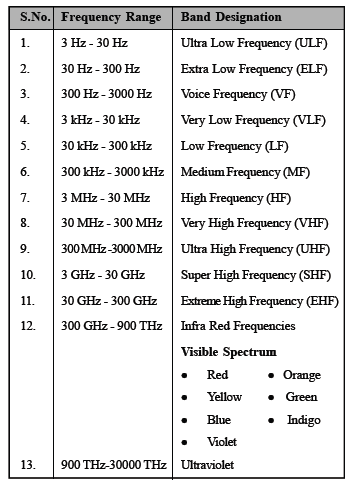 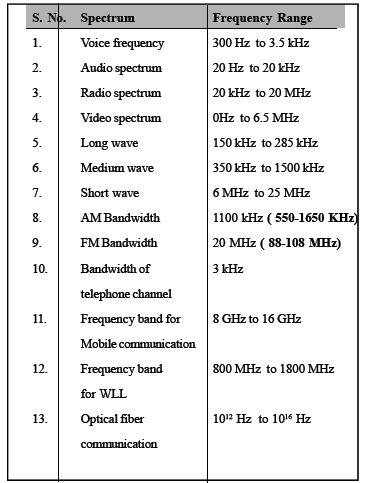 +
Ans: Communication is the process of sending, receiving, and processing of information from one point to another point through a communication channel by electronic means or electronic signals. It requires a source of information, a mode of encode the information so that it can be transmitted, a means of transmitting and receiving the information, and a means of decoding it. view more..
+
Ans: Modulation is defined as the process of varying some characteristics (amplitude, frequency or phase ) of a carrier wave in accordance to the amplitude of messaging signal or modulating signal, m(t) view more..
+
Ans: what is modulation and Need of modulation ,what is demodulation and need of demodulation, What is modulation and demodulation in a modem? To improve the quality of reception To increase the range of communication Need of demodulation The wireless signal consists of radio frequency (high frequency) carrier wave modulated by audio frequency (low frequency). view more..
+
Ans: Application Of Fourier Transform In Communication systems Fourier transform is a mathematical tool that breaks a function, a signal or a waveform into an another representation which is characterized by sin and cosines. view more..
Next Article >>
Modulation And Demodulation