The experienced clinician spends much of his working life relating the surface anatomy of his patients to their deep structures (Fig. 1; see also Figs. 11 and 22).

The following bony prominences can usually be palpated in the living subject (corresponding vertebral levels are given in brackets):

Note from Fig. 1 that the manubrium corresponds to the 3rd and 4th thoracic vertebrae and overlies the aortic arch, and that the sternum corresponds to the 5th to 8th vertebrae and neatly overlies the heart. Since the 1st and 12th ribs are difficult to feel, the ribs should be enumerated from the 2nd costal cartilage, which articulates with the sternum at the angle of Louis. The spinous processes of all the thoracic vertebrae can be palpated in the midline posteriorly, but it should be remembered that the first spinous process that can be felt is that of C7 (the vertebra prominens).

The position of the nipple varies considerably in the female, but in the male it usually lies in the 4th intercostal space about 4in (10cm) from the midline. The apex beat, which marks the lowest and outermost point at which the cardiac impulse can be palpated, is normally in the 5th intercostal space 3.5in (9cm) from the midline (just below and medial to the nipple). The trachea is palpable in the suprasternal notch midway between the heads of the two clavicles.

The trachea commences in the neck at the level of the lower border of the cricoid cartilage (C6) and runs vertically downwards to end at the level of the sternal angle of Louis (T4/5), just to the right of the mid-line, by dividing to form the right and left main bronchi. In the erect position and in full inspiration the level of bifurcation is at T6.

Fig. 1 Lateral view of the thorax—its surface markings and vertebral levels. (Note that the angle of Louis (T4/5) demarcates the superior mediastinum, the upper margin of the heart and the beginning and end of the aortic arch.) 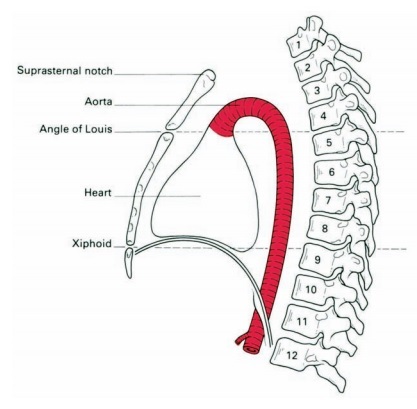 Fig. 2 The surface markings of the lungs and pleura—anterior view 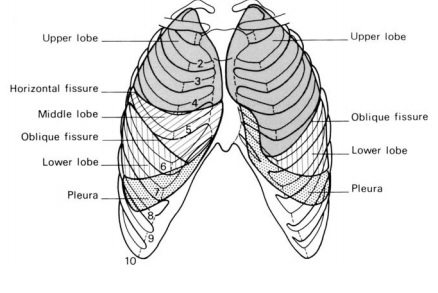 Fig. 3 The surface markings of the lungs and pleura—posterior view 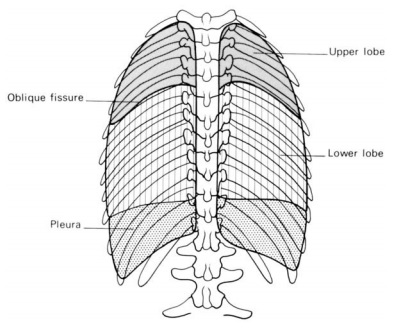 Fig. 4 The surface markings of the heart (see text). 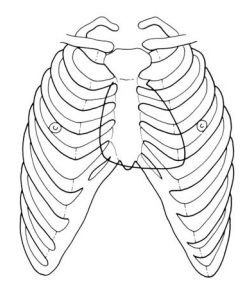 The cervical pleura can be marked out on the surface by a curved line drawn from the sternoclavicular joint to the junction of the medial and middle thirds of the clavicle; the apex of the pleura is about 1 in (2.5 cm) above the clavicle. This fact is easily explained by the oblique slope of the first rib. It is important because the pleura can be wounded (with consequent pneumothorax) by a stab wound — and this includes the surgeon’s knife and the anaesthetist’s needle—above the clavicle.

The lines of pleural reflexion pass from behind the sternoclavicular joint on each side to meet in the midline at the 2nd costal cartilage (the angle of Louis). The right pleural edge then passes vertically downwards to the 6th costal cartilage and then crosses:

On the left side the pleural edge arches laterally at the 4th costal cartilage and descends lateral to the border of the sternum, due, of course, to its lateral displacement by the heart; apart from this, its relationships are those of the right side. The pleura actually descends just below the 12th rib margin at its medial extremity — or even below the edge of the 11th rib if the 12th is unusually short; obviously in this situation the pleura may be opened accidentally in making a loin incision to expose the kidney, perform an adrenalectomy or to drain a subphrenic abscess.

The surface projection of the lung is somewhat less extensive than that of the parietal pleura as outlined above, and in addition it varies quite considerably with the phase of respiration. The apex of the lung closely follows the line of the cervical pleura and the surface marking of the anterior border of the right lung corresponds to that of the right mediastinal pleura. On the left side, however, the anterior border has a distinct notch (the cardiac notch) which passes behind the 5th and 6th costal cartilages. The lower border of the lung has an excursion of as much as 2–3in (5–8cm) in the extremes of respiration, but in the neutral position (midway between inspiration and expiration) it lies along a line which crosses the 6th rib in the midclavicular line, the 8th rib in the midaxillary line, and reaches the 10th rib adjacent to the vertebral column posteriorly.

The oblique fissure, which divides the lung into upper and lower lobes, is indicated on the surface by a line drawn obliquely downwards and outwards from 1in (2.5cm) lateral to the spine of the 5th thoracic vertebra to the 6th costal cartilage about 1.5in (4cm) from the midline. This can be represented approximately by abducting the shoulder to its full extent; the line of the oblique fissure then corresponds to the position of the medial border of the scapula. The surface markings of the transverse fissure(separating the middle and upper lobes of the right lung) is a line drawn horizontally along the 4th costal cartilage and meeting the oblique fissure where the latter crosses the 5th rib.

The outline of the heart can be represented on the surface by the irregular quadrangle bounded by the following four points (Fig. 4):

A good guide to the size and position of your own heart is given by placing your clenched right fist palmar surface down immediately inferior to the manubriosternal junction. Note that the heart is about the size of the subject’s fist, lies behind the body of the sternum (therefore anterior to thoracic vertebrae 5–8), and bulges over to the left side.

The surface markings of the vessels of the thoracic wall are of importance if these structures are to be avoided in performing aspiration of the chest. The internal thoracic (internal mammary) vessels run vertically downwards behind the costal cartilages half an inch from the lateral border of the sternum. The intercostal vessels lie immediately below their corresponding ribs (the vein above the artery) so that it is safe to pass a needle immediately above a rib, dangerous to pass it immediately below (see Fig. 8).

+
Ans: The experienced clinician spends much of his working life relating the surface anatomy of his patients to their deep structures (Fig. 1; see also Figs. 11 and 22). view more..
+
Ans: The thoracic cage is formed by the vertebral column behind, the ribs and intercostal spaces on either side and the sternum and costal cartilages in front. view more..
Next Article >>
The thoracic cage