We are now in a position to provide a single picture (Figure 1.5) of the various
components of a database system and the connections among them.

The issues include how to store data, how to ensure atomicity of
transactions that execute at multiple sites, how to perform concurrency control,
and how to provide high availability in the presence of failures. Distributed query

Database applications are usually partitioned into two or three parts, as in
Figure 1.6. In a two-tier architecture, the application resides at the client machine,
where it invokes database system functionality at the server machine through
query language statements. Application program interface standards like ODBC
and JDBC are used for interaction between the client and the server. 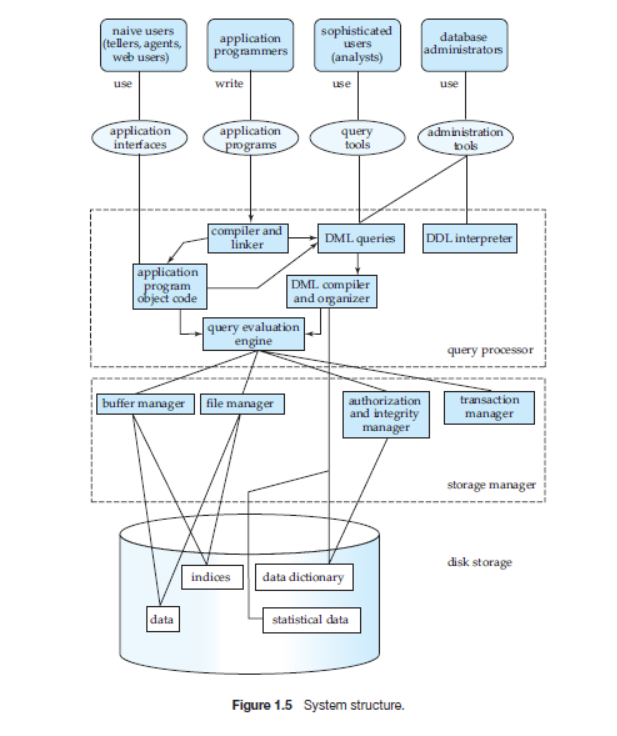 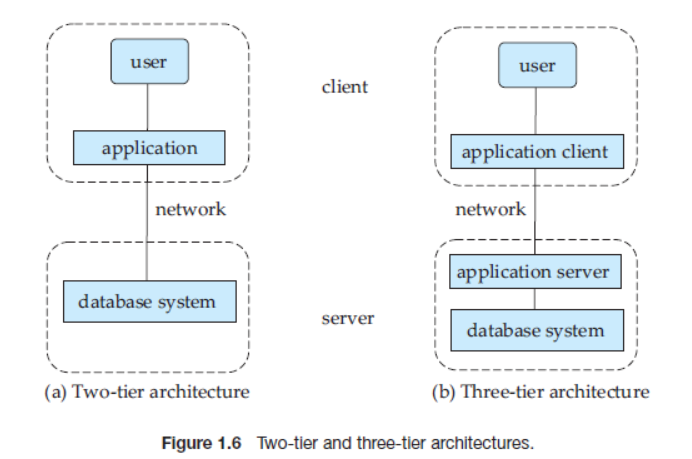