In a deadlock, processes never finish executing, and system resources are tied up, preventing other jobs from starting. Before we discuss the various methods for dealing with the deadlock problem, we look more closely at features that characterize deadlocks.

A deadlock situation can arise if the following four conditions hold simultaneously in a system:

At least one resource must be held in a nonsharable mode; that is, only one process at a time can use the resource. If another process requests that resource, the requesting process must be delayed until the resource has been released. 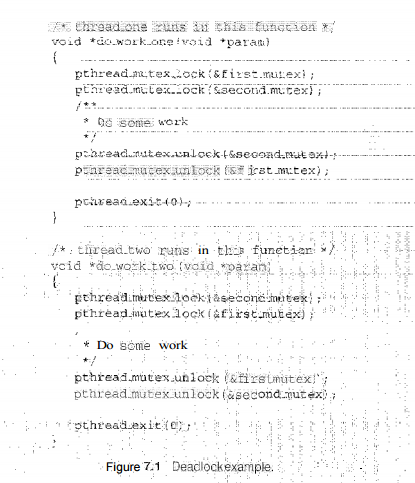 A process must be holding at least one resource and waiting to acquire additional resources that are currently being held by other processes.

Resources cannot be preempted.; that is, a resource can be released only voluntarily by the process holding it, after that process has completed its task. 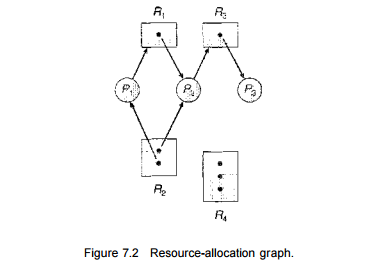 Suppose that process P3 requests an instance of resource type RT. Since no resource instance is currently available, a request edge P3 —>• R2 is added to the graph (Figure 7.3). At this point, two minimal cycles exist in the svstem: 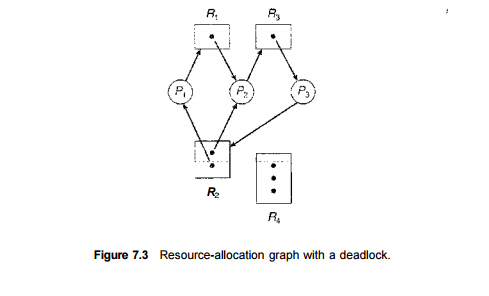 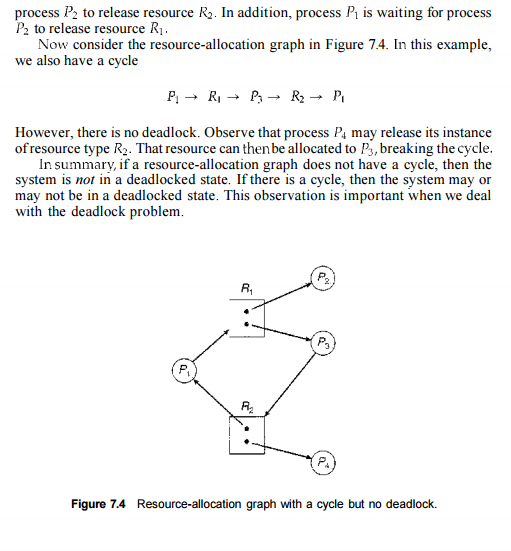