A direct measure is obtained by applying measurement rules directly to the phenomenon of interest.For example, by using the specified counting rules, a software program’s “Line of Code” can be measured directly. 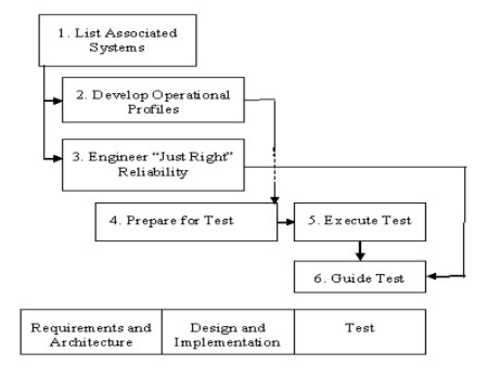 +
Ans: There are three such classes: Process are collection of software related activities. Products are any artifacts, deliverables or documents that result from a process activity view more..
+
Ans: Quantitative measure of degree to which a system, component or process possesses a given attribute For ex. No. of errors found per person hours expended Cost and Effort Estimation : Boehm’s COCOMO model, Putnam’s SLIM Model & Albrecht’s function model. view more..
+
Ans: Costs fall into two categories. There are cost associated with developing the systems and there are costs associated with a operating a system. view more..
+
Ans: A direct measure is obtained by applying measurement rules directly to the phenomenon of interest.For example, by using the specified counting rules, a software program’s “Line of Code” can be measured directly. and sofware reliabity is .... view more..
+
Ans: What Is Information Systems Analysis and Design? Information systems analysis and design is a method used by companies ranging from IBM to PepsiCo to Sony to create and maintain information systems that perform basic business functions such as keeping track of customer names and addresses, processing orders, and paying employees. The main goal of systems analysis and design is to improve organizational systems, typically through applying software that can help employees accomplish key business tasks more easily and efficiently. As a systems analyst, you will be at the center of developing this software. view more..
+
Ans: concurrency of components, lack of a global clock and independent failures of components and the ability to work well when the load or the number of users increases – failure handling, concurrency of components, transparency and providing quality of service view more..
+
Ans: the wide range of applications in use today, from relatively localized systems (as found, for example, in a car or aircraft) to globalscale systems involving millions of nodes, from data-centric services to processorintensive tasks, from systems built from very small and relatively primitive sensors to those incorporating powerful computational elements, from embedded systems to ones that support a sophisticated interactive user experience, and so on. view more..
+
Ans: The task of a web search engine is to index the entire contents of the World Wide Web, encompassing a wide range of information styles including web pages, multimedia sources and (scanned) books view more..
+
Ans: The growth of the World Wide Web as a repository of information and knowledge; the development of web search engines such as Google and Yahoo to search this vast repository view more..
+
Ans: The engineering of MMOGs represents a major challenge for distributed systems technologies, particularly because of the need for fast response times to preserve the user experience of the game. view more..
+
Ans: a very different style of underlying architecture from the styles mentioned above (for example client-server), and such systems typically employ what is known as distributed event-based systems. view more..
+
Ans: the emergence of ubiquitous computing coupled with the desire to support user mobility in distributed systems view more..
+
Ans: The Internet is also a very large distributed system. It enables users, wherever they are, to make use of services such as the World Wide Web, email and file transfer. (Indeed, the Web is sometimes incorrectly equated with the Internet.) view more..
+
Ans: Technological advances in device miniaturization and wireless networking have led increasingly to the integration of small and portable computing devices into distributed systems. view more..
+
Ans: The crucial characteristic of continuous media types is that they include a temporal dimension, and indeed, the integrity of the media type is fundamentally dependent on preserving real-time relationships between elements of a media type. view more..
+
Ans: hysical resources such as storage and processing can be made available to networked computers, removing the need to own such resources on their own. At one end of the spectrum, a user may opt for a remote storage facility for file storage requirements view more..
+
Ans: In practice, patterns of resource sharing vary widely in their scope and in how closely users work together. At one extreme, a search engine on the Web provides a facility to users throughout the world, users who need never come into contact with one another directly. At the other extreme, in computer-supported cooperative working (CSCW), a group of users who cooperate directly share resources such as documents in a small, closed group. view more..
+
Ans: Data types such as integers may be represented in different ways on different sorts of hardware – for example, there are two alternatives for the byte ordering of integers. These differences in representation must be dealt with if messages are to be exchanged between programs running on different hardware view more..
Next Article >>
What Is Information Systems Analysis and Design?