A distributed system may suffer from various types of hardware failure. The failure of a link, the failure of a site, and the loss of a message are the most common types. To ensure that the system is robust, we must detect any of these failures, reconfigure the system so that computation can continue, and recover when a site or a link is repaired.

In an environment with no shared memory, we are generally unable to differentiate among link failure, site failure, and message loss. We can usually detect only that one of these failures has occurred. Once a failure has been detected, appropriate action must be taken. What action is appropriate depends on the particular application.

To detect link and site failure, we use a handshaking procedure. Suppose that sites A and B have a direct physical link between them. At fixed intervals, the sites send each other an l-am-up message. 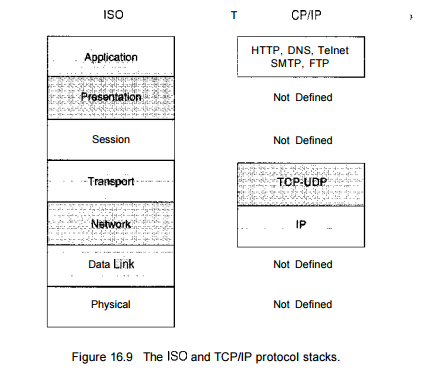 If site A does not receive this message within a predetermined time period, it can assume that site B has failed, that the link between A and B has failed, or that the message from B has been lost. At this point, site A has two choices. It can wait for another time period to receive an l-am-up message from B, or it can send an Are-you-up? message to B. If time goes by and site A still has not received an l-am-up message, or if site A has sent an Are-you-up? message and has not received a reply, the procedure can be repeated.

Again, the only conclusion that site A can draw safely is that some type of failure has occurred. Site A can try to differentiate between link failure and site failure by sending an Are-you-up? message to B by another route (if one exists). If and when B receives this message, it immediately replies positively. This positive reply tells A that B is up and that the failure is in the direct link between them. Since we do not know in advance how long it will take the message to travel from A to B and back, we must use a time-out scheme.

At the time A sends the Are-you-up? message, it specifies a time interval during which it is willing to wait for the reply from B. If A receives the reply message within that time interval, then it can safely conclude that B is up. If not, however (that is, if a time-out occurs), then A may conclude only that one or more of the following situations has occurred:

• The direct link (if one exists) from A to B is down.

• The alternative path from A to B is down.

• The message has been lostSite A cannot, however, determine which of these events has occurred.

Suppose that site A has discovered, through the mechanism described in the previous section, that a failure has occurred. It must then initiate a procedure that will allow the system to reconfigure and to continue its normal mode of operation.

• If a direct link from A to B has failed, this information must be broadcast to every site in the system, so that the various routing tables can be updated accordingly.

• If the system believes that a site has failed (because that site can be reached no longer), then all sites in the system must be so notified, so that they will no longer attempt to use the services of the failed site. The failure of a site that serves as a central coordinator for some activity (such as deadlock detection) requires the election of a new coordinator. Similarly, if the failed site is part of a logical ring, then a new logical ring must be constructed.

Note that, if the site has not failed (that is, if it is up but cannot be reached), then we may have the undesirable situation where two sites serve as the coordinator. When the network is partitioned, the two coordinators (each for its own partition) may initiate conflicting actions.

For example, if the coordinators are responsible for implementing mutual exclusion, we may have a situation where two processes are executing simultaneously in their critical sections.

When a failed link or site is repaired, it must be integrated into the system gracefully and smoothly.

• Suppose that a link between A and B has failed. When it is repaired, both A and B must be notified. We can accomplish this notification by continuously repeating the handshaking procedure described in Section 16.7.1.

• Suppose that site B has failed. When it recovers, it must notify all other sites that it is up again. Site B then may have to receive information from the other sites to update its local tables; for example, it may need routing-table information, a list of sites that are down, or undelivered messages and mail. If the site has not failed but simply could not be reached, then this information is still required.