<<
APPLICATION OF THE SUSTAINABLE EARNINGS BASE WORKSHEET: BAKER HUGHES INC. 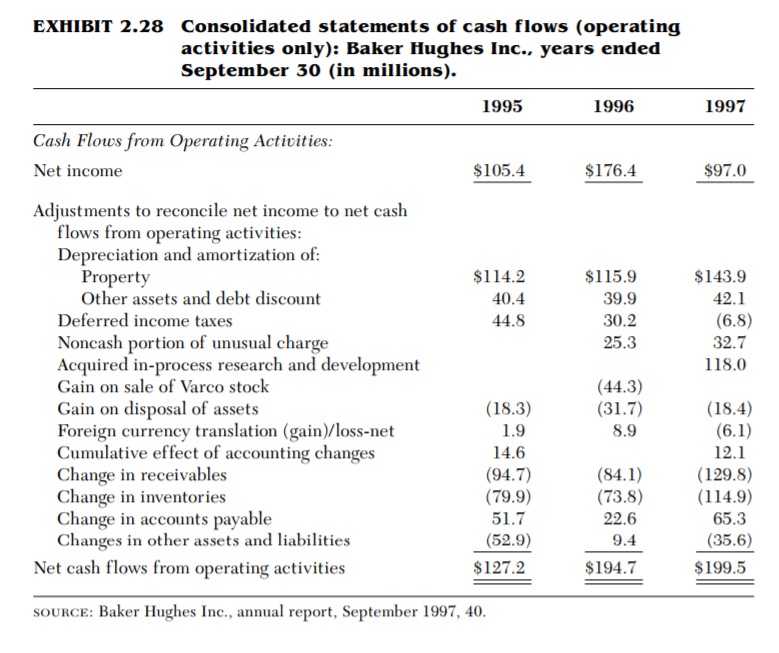 in a summary of the search process provided in Exhibit 2.36. For purposes of illustration, all nonrecurring items have been recorded on the SEB worksheet without regard to their materiality. We have followed this procedure because a materiality threshold would exclude a series of either immaterial gains or losses that could, in combination, distort a firm’s apparent profitability. An effort is made to consider the possible effects of materiality in a report on the efficiency of the search process presented in Exhibit 2.37.

It should be clear that the number and magnitude of nonrecurring items identified in the Baker Hughes annual report caused its unanalyzed earnings data to be unreliable indicators of profit performance. Without the comprehensive identification of nonrecurring items and the development of the SEB 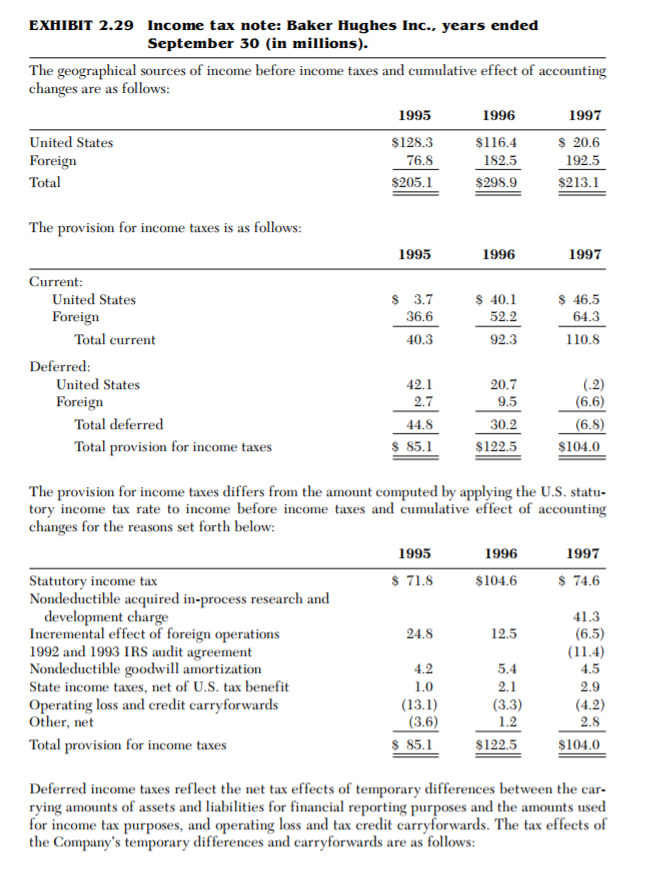 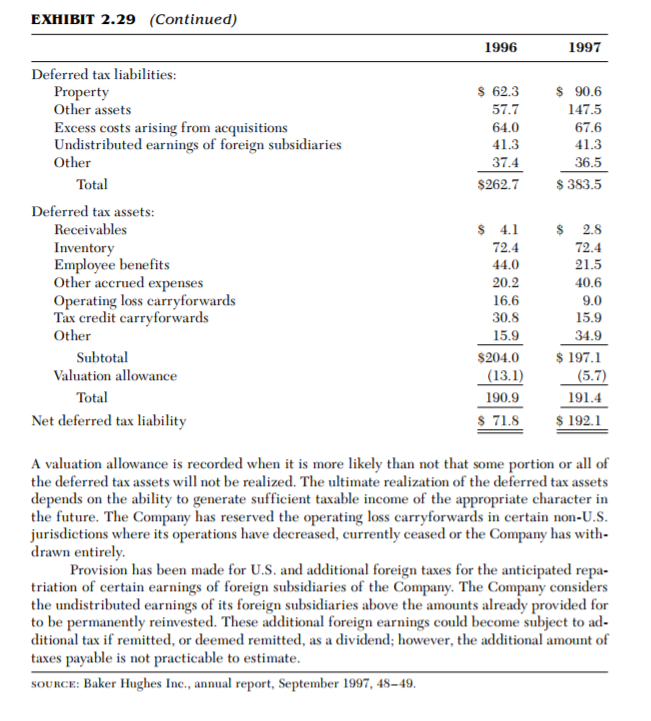 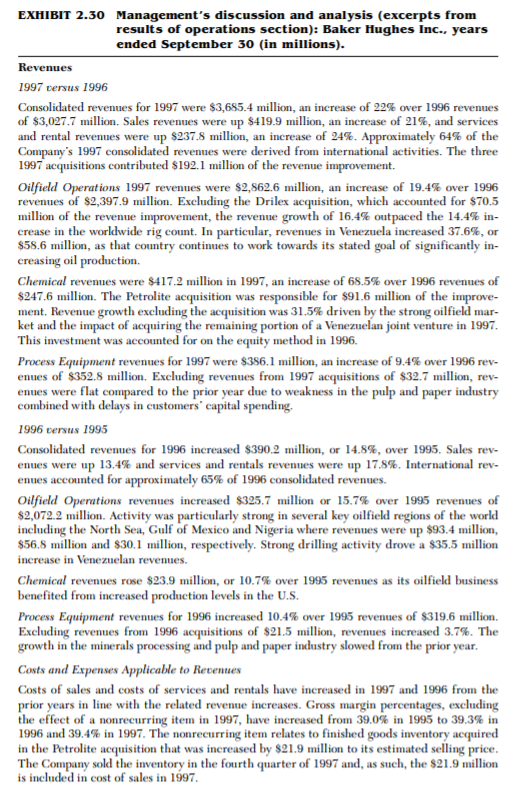 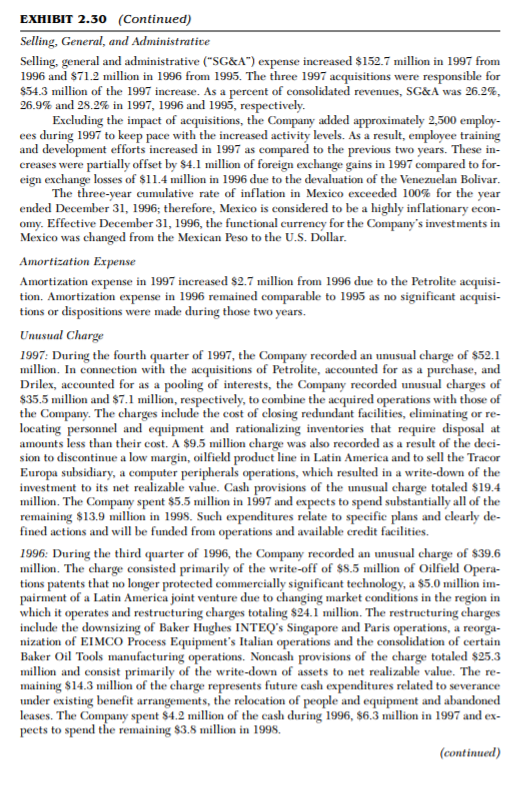 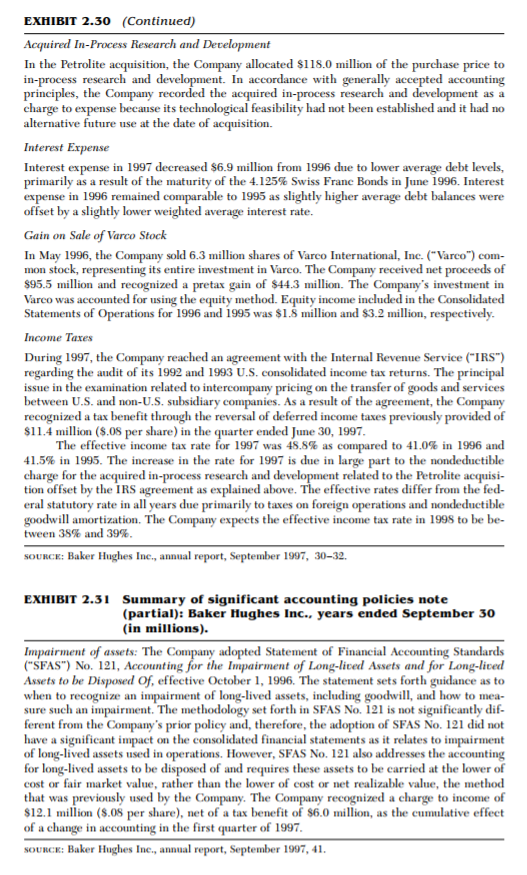 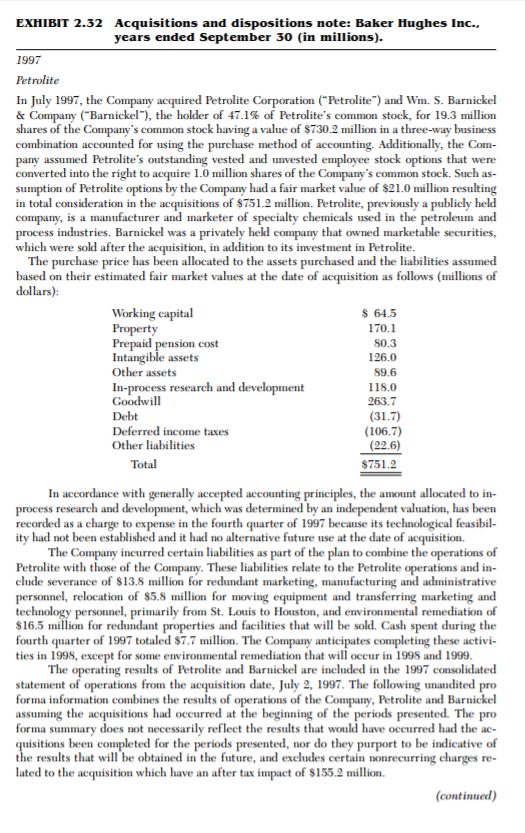 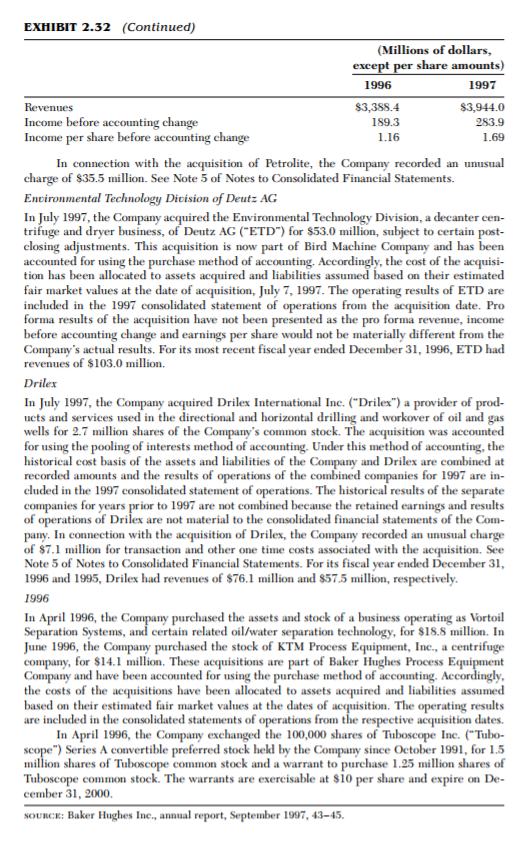 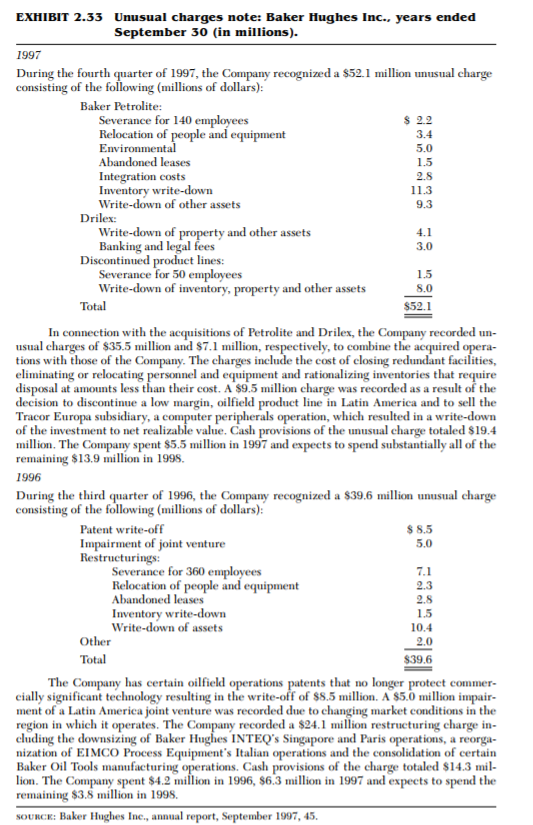 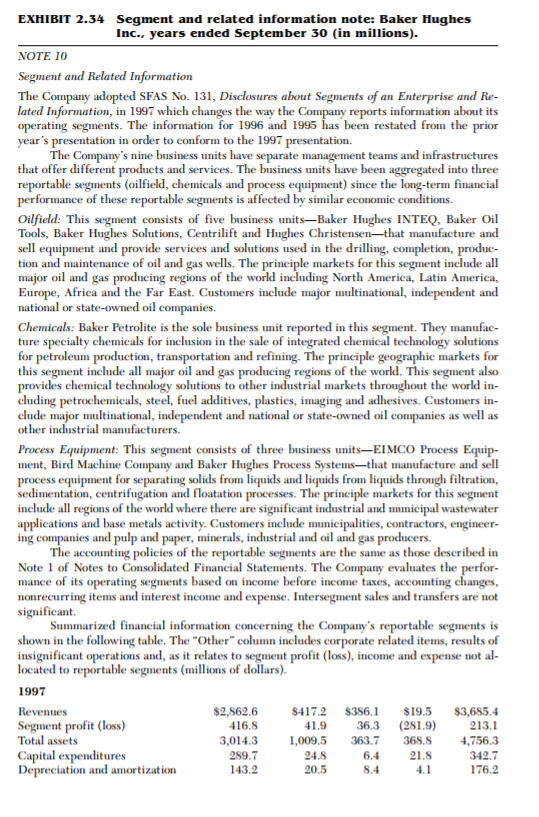 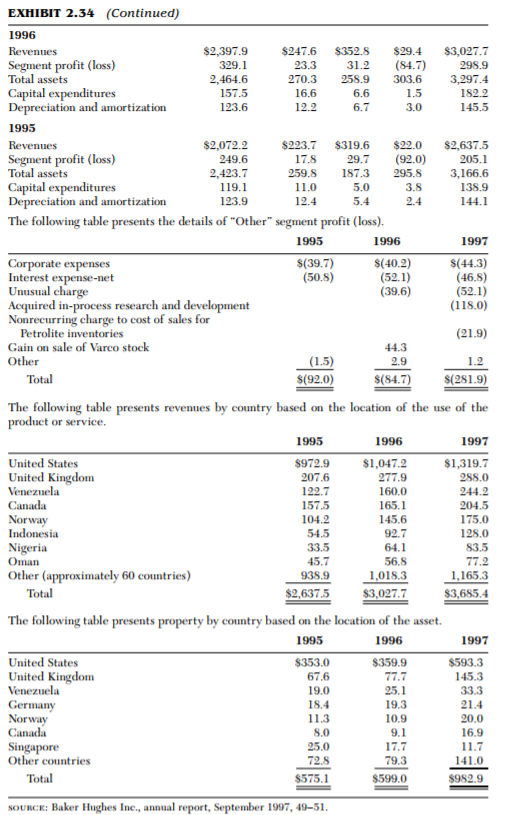 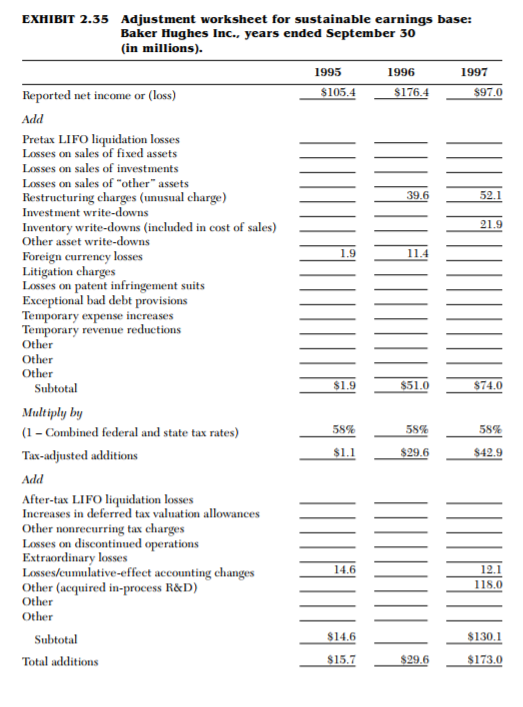 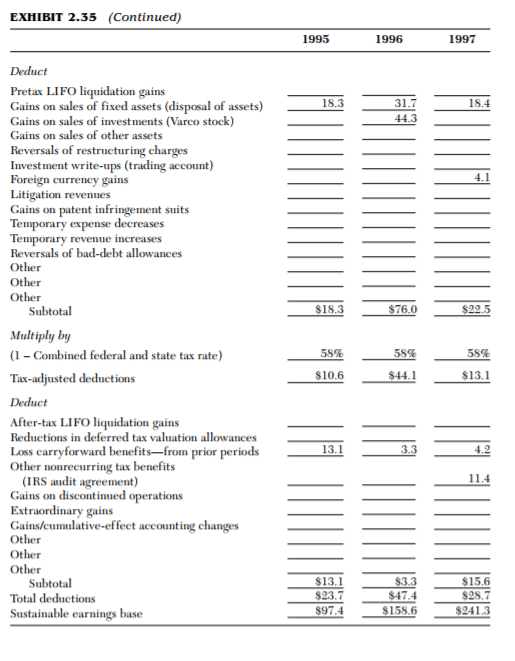 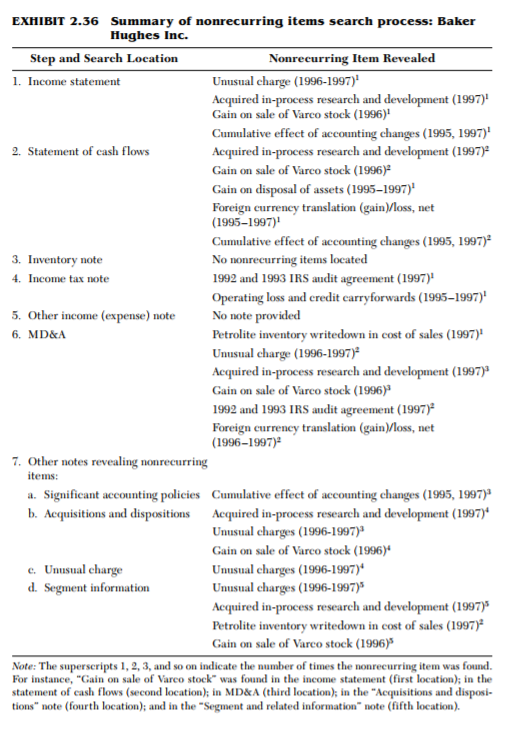 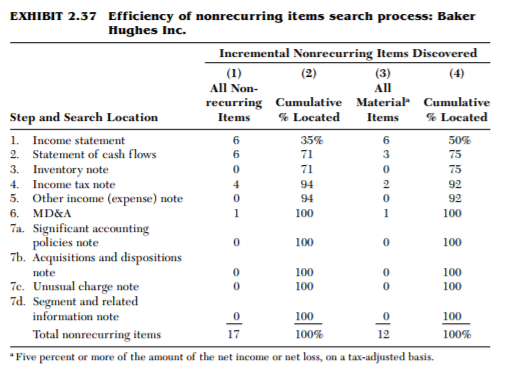 Exhibit 2.37 presents information on the efficiency of the search process. The meaning of each column in the exhibit is as follows:

Column 3: Same as column 1 except only material nonrecurring items (those items exceeding 5% of net income on an after-tax basis).

Column 4: Same as column 2 except that only material nonrecurring items were considered.

+
Ans: This case example of using the SEB worksheet is based on the 1997 annual report of Baker Hughes Inc. and its results for 1995 to 1997. The income statement, statement of cash flows, management’s discussion and analysis of results of operations (MD&A), and selected notes are in Exhibits 2.27 through 2.34. Further, to reinforce the objective of efficiency in financial analysis, we adhere to the search sequence outlined in Exhibit 2.3. view more..
+
Ans: The sustainable earnings base provides earnings information from which the distorting effects of nonrecurring items have been removed. Some analysts refer to such revised numbers as representing “core” or “underlying” earnings. Sustainable is used here in the sense that earnings devoid of nonrecurring items of revenue, gain, expense, and loss are much more likely to be maintained in the future, other things equal. Base implies that sustainable earnings provide the most reliable foundation or starting point for projections of future results. The more reliable such forecasts become, the less the likelihood that earnings surprises will result. Again, Phillips Petroleum captures the essence of nonrecurring items in the following: view more..
+
Ans: The sustainable earnings worksheet is shown in Exhibit 2.26. Detailed instructions on completing the worksheet follow: 1. Net income or loss is recorded on the top line of the worksheet. 2. All identified items of nonrecurring expense or loss, which were included in the income statement on a pretax basis, are recorded on the “add” lines provided. view more..
+
Ans: The nonrecurring items located in the Baker Hughes annual report are enumerated in the completed SEB worksheet in Exhibit 2.35. Each of the nonrecurring items is recorded on the SEB worksheet. When an item is disclosed for the first, second, third, or fourth time, it is designated by a corresponding superscript view more..
+
Ans: The construction of an SEB worksheet always requires a judgment call. One could, of course, avoid all materiality judgments by simply recording all nonrecurring items without regard to their materiality. However, the classification of items as nonrecurring, as well as on occasion their measurement, calls for varying degrees of judgment. Some examples of Baker Hughes items that required the exercise of judgment, either in terms of classification or measurement, are discussed next. view more..
+
Ans: An estimation of the sustainable portion of earnings should be the centerpiece of analyzing business earnings. This task has become a far greater challenge over the past decade as the number of nonrecurring items has increased dramatically. This explosion has been driven by corporate reorganizations and associated activities. Some of the labels attached to these producers of nonrecurring items are restructuring, rightsizing, downsizing, reengineering, redeployment, repositioning, reorganizing, rationalizing, and realignment. view more..
+
Ans: Abigail Peabody was a very well-known nature photographer. Over the years she had had a number of best-sellers, and her books adorned the coffee tables of many households worldwide. On this particular day she was contemplating her golden years, which were fast approaching. In particular she was reviewing her year-end investment report and wondering why she was not better prepared. After all, she had been featured in the Sunday New York Times book section, had discussed her works with Martha Stewart, and had been the keynote speaker at the Audubon Society’s annual fund-raiser. She knew it was not her investment advisers’ fault. Their performance over the past years had been better than many of the market indixes. She wondered if she was just a poor businessperson. view more..
Next Article >>
SOME FURTHER POINTS ON THE BAKER HUGHES WORKSHEET