The first phase in the SDLC, systems planning and selection, has two primary activities.

The organization’s information system needs may result from:

Task in the systems planning and selection phase

The second phase of the systems development life cycle is systems analysis. During this phase, the analyst thoroughly studies the organization’s current procedures and the information systems used to perform tasks such as general ledger, shipping, order entry, machine scheduling, and payroll. Analysis has several subphases. The first subphase involves determining the requirements of the system. In this subphase, you and other analysts work with users to determine what the users want from a proposed system. This subphase involves a careful study of any current systems, manual and computerized, that might be replaced or enhanced as part of this project. Next, you study the requirements and structure them according to their interrelationships, eliminating any redundancies. As part of structuring, you
generate alternative initial designs to match the requirements. Then you compare these alternatives to determine which best meets the requirements within the cost, labor, and technical levels the organization is willing to commit to the development process. The output of the analysis phase is a description of the alternative solution recommended by the analysis team. Once the recommendation is accepted by the organization, you can make plans to acquire any hardware and system software necessary to build or operate the system as proposed.

Phase of the SDLC in which the system chosen for development in systems analysis is first described independently of any computer platform, (logical design) and is then transformed into technology-specific details (physical design) from which all programming and system construction can be accomplished.

The third phase of the SDLC is called systems design. During systems design, analysts convert the description of the recommended alternative solution into logical and then physical system specifications. You must design all aspects of the system from input and output screens to reports, databases, and computer processes. Logical design is not tied to any specific hardware and systems software platform. Theoretically, the system you design could be implemented on any hardware and systems software. Logical design concentrates on the business aspects of the system; that is, how the system will impact the functional units within the organization. Figure 1-11 shows both the logical design for a product and its physical design, side by side, for comparison. You can see from the comparison that many specific decisions had to be made to move from the logical model to the physical product. The situation is similar in information systems design. In physical design, you turn the logical design into physical, or technical, specifications. For example, you must convert diagrams that map the origin, flow, and processing of data in a system into a structured systems design that can then be broken down into smaller and smaller units for conversion to instructions written in a programming language. You design the various parts of the system to perform the physical operations necessary to facilitate data capture, processing, and information output. During physical design, the analyst team decides which programming languages the computer instructions will be written in, which database systems and file structures will be used for the data, and which hardware platform, operating system, and network environment the system will run under. These decisions finalize the hardware and software plans initiated at the end of the analysis phase. Now you can acquire any new technology not already present in the organization. The final product of the design phase is the physical system specifications, presented in a form, such as a diagram or written report, ready to be turned over to programmers and other system builders for construction. 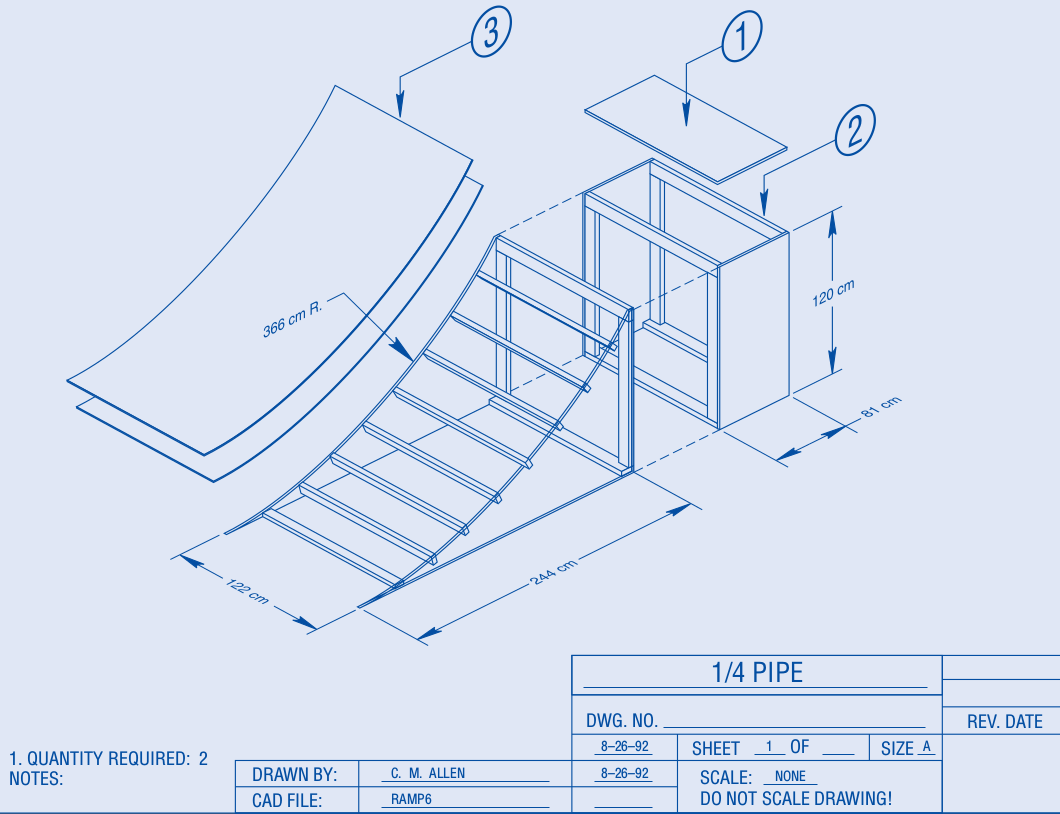 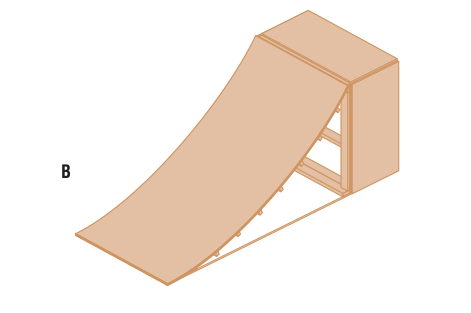 The final phase of the SDLC is a two-step process: systems implementation and operation. During systems implementation and operation, you turn system specifications into a working system that is tested and then put into use. Implementation includes coding, testing, and installation. During coding, programmers write the programs that make up the system. During testing, programmers and analysts test individual programs and the entire system in order to find and correct errors. During installation, the new system becomes a part of the daily activities of the organization. Application software is installed, or loaded, on existing or new hardware; then users are introduced to the new
system and trained. Begin planning for both testing and installation as early as the project planning and selection phase, because they both require extensive analysis in order to develop exactly the right approach. Systems implementation activities also include initial user support such as the finalization of documentation, training programs, and ongoing user assistance. Note that documentation and training programs are finalized during implementation; documentation is produced throughout the life cycle, and training (and education) occurs from the inception of a project. Systems

+
Ans: Systems development methodology: A standard process followed in an organization to conduct all the steps necessary to analyze,design, implement, and maintaininformation systems. | Systems development life cycle (SDLC): The series of steps used to mark the phases of development for an information system. view more..
+
Ans: Change Agent: The analyst may be viewed as an agent of change. A candidate system is designed to introduce change and reorientation in how the user organization handles information or makes decisions. Then, it is important that the user accepts change. view more..
+
Ans: Systems Analyst Duties: Defines application problem by conferring with clients; evaluating procedures and processes. Develops solution by preparing and evaluating alternative workflow solutions. Controls solution by establishing specifications; coordinating production with programmers. Validates results by testing programs. view more..
+
Ans: Systems Planning and Selection : The first phase of the SDLC, in which an organization’s total information system needs are analyzed and arranged, and in which a potential information systems project is identified.Systems Analysis : Phase of the SDLC in which the current system is studied and alternative replacement systems are proposed. view more..
+
Ans: System documentation: Detailed information about a system’s design specifications, its internal workings, and its functionality. Internal documentation: System documentation that is part of the program source code or is generated at compile time. view more..
+
Ans: Management should not be lenient on part of documentation, management should never say like  “ as time running short , so just create the system and make the documentation later”. Phase should not be considered complete until documentation is done. Coding should not be considered done unless its has required comment lines. view more..
+
Ans: There are various techniques to gather data and facts of system. some of them re as follows : Record view and Background reading Interviews  Questionnaires Group communication Presentation Site visiting Observation view more..
+
Ans: Feasibility studies are almost always conducted where large sums are at stake. Also called feasibility analysis. A feasibility study is conducted in order to determine the success and minimize the risks related to the project. When it becomes certain that the specific project could be carried out profitably view more..
+
Ans: It is a final report of the feasibility study about the findings and conclusion of the study. it should be possible to review report and take decision on the project based on it view more..
+
Ans: System selection means selecting the various hardware, software, and services that are needed for implanting the system. Before the system selection can be done, it is necessary to know the capabilities of required proposed system view more..
+
Ans: Costs fall into two categories. There are cost associated with developing the systems and there are costs associated with a operating a system. view more..
+
Ans: Quantitative measure of degree to which a system, component or process possesses a given attribute For ex. No. of errors found per person hours expended Cost and Effort Estimation : Boehm’s COCOMO model, Putnam’s SLIM Model & Albrecht’s function model. view more..
+
Ans: There are three such classes: Process are collection of software related activities. Products are any artifacts, deliverables or documents that result from a process activity view more..
+
Ans: A direct measure is obtained by applying measurement rules directly to the phenomenon of interest.For example, by using the specified counting rules, a software program’s “Line of Code” can be measured directly. and sofware reliabity is .... view more..
+
Ans: What Is Information Systems Analysis and Design? Information systems analysis and design is a method used by companies ranging from IBM to PepsiCo to Sony to create and maintain information systems that perform basic business functions such as keeping track of customer names and addresses, processing orders, and paying employees. The main goal of systems analysis and design is to improve organizational systems, typically through applying software that can help employees accomplish key business tasks more easily and efficiently. As a systems analyst, you will be at the center of developing this software. view more..
+
Ans: concurrency of components, lack of a global clock and independent failures of components and the ability to work well when the load or the number of users increases – failure handling, concurrency of components, transparency and providing quality of service view more..
+
Ans: the wide range of applications in use today, from relatively localized systems (as found, for example, in a car or aircraft) to globalscale systems involving millions of nodes, from data-centric services to processorintensive tasks, from systems built from very small and relatively primitive sensors to those incorporating powerful computational elements, from embedded systems to ones that support a sophisticated interactive user experience, and so on. view more..
+
Ans: The task of a web search engine is to index the entire contents of the World Wide Web, encompassing a wide range of information styles including web pages, multimedia sources and (scanned) books view more..
Next Article >>
Types of documentation and their importance