Home >  operating system >  What Is Multimedia?

For example, a stock trader may have stock quotes delivered in real time to her PDA. In this section, we explore several characteristics of multimedia systems and examine how multimedia files can be delivered from a server to a client system. We also look at common standards for representing multimedia video and audio files 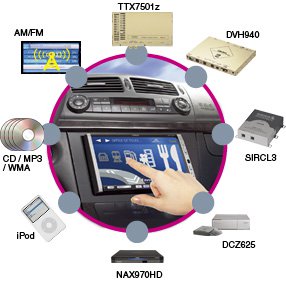 Multimedia data are stored in the file system just like any other data. The major difference between a regular file and a multimedia file is that the multimedia file must be accessed at a specific rate, whereas accessing the regular file requires no special timing. Let's use video as an example of what we mean by "rate." Video is represented by a series of images, formally known as frames, that are displayed in rapid succession. The faster the frames are displayed, the smoother the video appears. In general, a rate of 24 to 30 frames per second is necessary for video to appear smooth to human eyes. (The eye retains the image of each frame for a short time after it has been presented, a characteristic known as persistence of vision. A rate of 24 to 30 frames per second is fast enough to appear continuous.)

A rate lower than 24 frames per second will result in a choppy-looking presentation. The video file must be accessed from the file system at a rate consistent with the rate at which the video is being displayed. We refer to data with associated rate requirements as continuous-media data. Multimedia data may be delivered to a client either from the local file system or from a remote server. When the data are delivered from the local file system, we refer to the delivery as local playback. Examples include watching a DVD on a laptop computer or listening to an MP3 audio file on a handheld MP3 player. In these cases, the data comprise a regular file that is stored on the local file system and played back (that is, viewed or listened to) from that system.

Multimedia files may also be stored on a remote server and delivered to a client across a network using a technique known as streaming. A client may be a personal computer or a smaller device such as a handheld computer, PDA, or cellular telephone. Data from live continuous media—-such as live webcams —are also streamed from a server to clients. There are two types of streaming techniques: progressive download and real-time streaming. With a progressive download, a media file containing audio or video is downloaded and stored on the clients local file system.

As the file is being downloaded, the client is able to play back the media file without having to wait for the file to be downloaded in its entirety. Because the media file is ultimately stored on the client system, progressive download is most useful for relatively small media files, such as short video clips.

For example, we could move to the end of a 5-minute streaming video or replay a certain section of a movie clip. The ability to move around within the media stream is known as random access. Two types of real-time streaming are available: live streaming and ondemand streaming. Live streaming is used to deliver an event, such as a concert or a lecture, live as it is actually occurring. A radio program broadcast over the Internet is an example of a live real-time stream.

In fact, one of the authors of this text regularly listens to a favorite radio station from Vermont while at his home in Utah as it is streamed live over the Internet. Live real-time streaming is also used for applications such as live webcams and video conferencing. Due to its live delivery, this type of real-time streaming does not allow clients random access to different points in the media stream. In addition, live delivery means that a client who wishes to view (or listen to) a particular live stream already in progress will "join" the session "late," thereby missing earlier portions of the stream.

The same thing happens with a live TV or radio broadcast. If you start watching the 7:00 P.M. news at 7:10 P.M., you will have missed the first 10 minutes of the broadcast. On-demand streaming is used to deliver media streams such as full-length movies and archived lectures. The difference between live and on-demand streaming is that on-demand streaming does not take place as the event is occurring. Thus, for example, whereas watching a live stream is like watching a news broadcast on TV, watching an on-demand stream is like viewing a movie on a DVD player at some convenient time—there is no notion of arriving late. Depending on the type of on-demand streaming, a client may or may not have random access to the stream. Examples of well-known streaming media products include RealPlayer, Apple QuickTime, and Windows Media Player. These products include both servers that stream the media and client media players that are used for playback.

The demands of multimedia systems are unlike the demands of traditional applications. In general, multimedia systems may have the following characteristics: 1. Multimedia files can be quite large. For example, a 100-minute MPEG-1 video file requires approximately 1.125 GB of storage space; 100 minutes of high-definition television (HDTV) requires approximately 15 GB of storage. A server storing hundreds or thousands of digital video files may thus require several terabytes of storage. 2. Continuous media may require very high data rates.

Consider digital video, in which a frame of color video is displayed at a resolution of 800 x 600. If we use 24 bits to represent the color of each pixel (which allows us to have 224 , or roughly 16 million, different colors), a single 718 Chapter 20 Multimedia Systems frame requires 800 x 600 x 24 = 11. 520, 000 bits of data. If the frames are displayed at a rate of 30 frames per second, a bandwidth in excess of 345 Mbps is required. 3. Multimedia applications are sensitive to timing delays during playback. Once a continuous-media file is delivered to a client, delivery must continue at a certain rate during playback of the media; otherwise, the listener or viewer will be subjected to pauses during the presentation.

For a computer system to deliver continuous-media data, it must guarantee the specific rate and timing requirements—also known as quality of service, or QoS, requirements—of continuous media. Providing these QoS guarantees affects several components in a computer system and influences such operating-system issues as CPU scheduling, disk scheduling, and network management. Specific examples include the following:

2. Multimedia tasks must be scheduled with certain priorities to ensure meeting the deadline requirements of continuous media.

3. Similarly, file systems must be efficient to meet the rate requirements of continuous media.

4. Network protocols must support bandwidth requirements while minimizing delay and jitter. In later sections, we explore these and several other issues related to QoS. First, however, we provide an overview of various techniques for compressing multimedia data. As suggested above, compression makes significant demands on the CPU.