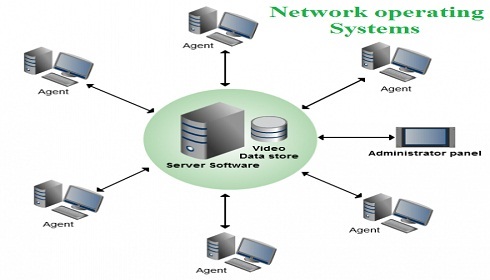 Network Operating System is a collection of various computers which are all connected to a single host computer. It can be compared to a client – server architecture where the host computer acts as a server and rest of the systems act as clients which take services from the common server and access its resources also.

On the other hand, the administrator team can keep an eye over all the computers by accessing that centralized server only since all other systems are connected to that server. The main purpose of such an operating system is to allow shared access of files, printers, security, applications, and other networking functions over a small private network.

One more important aspect of Network Operating Systems is that all the users are well aware of the underlying configuration, of all other users within the network, their individual connections etc. and that’s why these computers are popularly known as tightly coupled systems.

However, this kind of operating system has largely become obsolete these days because of its single server dependence issue. The entire networking relies on a single server and if that server goes down overall performance is degraded.

Some important disadvantages of Network Operating System are: